India is a huge country with the huge diversities in culture, traditions and wildlife, the country has made its own place in the tourism industry. People on India tours love to explore the rich culture, savor exotic delicacies and learn about the historical sites during their time spent in the country.

Rajasthan, a beautiful Indian state and Jaipur its capital city is another tourist attraction in the country. Famous for forts and palace Jaipur completes the golden triangle tours along with the cities like Delhi and Agra.

Talking about the forts, one of the most prominent fortresses in Jaipur is Jaigarh Fort. Majestic yet simple, the Jaigarh Fort is located near the famous Amber Fort and was once served as the defensive fort for the fort of Amber. Let us move ahead and discuss about some unwrapped facts about this fort which will surely make your Rajasthan tour unforgettable.

One of the major attractions of Jaigarh Fort is the huge walls of the fort which surely fascinates you. The walls are approximately 3 km long and were built to protect Amber Fort. Travellers love walking along the parameter of the walls.

The Truth of World’s largest Cannon on Wheels – Jaivana

The gigantic cannon of Jaivana, is one of the major attraction of Jaigarh Fort. The Jaivana cannon are featuring as the world’s largest cannon on the wheels. This exceptional military architecture was built in the cannon foundry at the Fort itself. The cannon were never used in battle. The only time it was used the time it was tested when the cannon ball traveled 35 km.

Water Tank and Its Mystery

A huge water tank in Jaigarh Fort is another attraction that makes your tour memorable. The water tank seems just like any other tank but it is huge and was used as rainwater harvesting system. This tank has a capacity to store up to 6 million gallons of water in three levels. Very few know this thing but there was a time when the rulers of Kachwah dynasty used this tank to store their treasure. According to other story, the chambers below the tank were used to hide the treasure of Maharaja Maan Singh.

Vilas Mandir is generally a ladies area with the lattice windows and jharokas. This is one of the pleasing areas in the fort. The cross ventilation of the winds blowing through the area of the fort makes it pleasing and memorable.  The spectacular view of the Amber Fort can be seen through the Zenana Mahal aka Vilas Mandir. Jaigarh Fort is an integral part of Rajasthan Tours.

The Aaram Bagh in the Jaigarh Fort is a pleasing place to sit for some time and relax. The Aaram Bagh, evident to its name is indeed a place to relax. The garden is still beautifully maintained and with numerous of trees and meadow landscape parted by well-maintained paths. One can easily experience the royal era of bygone Rajputi era while spending some time in here.

The Jaigarh Fort and the majestic Amber Fort is secretly connected through a secret underground passage. According to the historians this passage was made for in during the time of emergency such as attacks and all so that the women, children and old people may escape. This passage is made quite narrow in order to slow down the enemy.

The Museum in Jaigarh and Foundry

Jaigarh fort is known as the house of world’s biggest cannon on the wheels, along with that the palace is also filled with many such places which will make your tour memorable. One such place is the museum of war instruments and weapons. The museum is filled with many antiques which are the best example of rich Rajasthani heritage.

The foundry in the fort has many stories to tell. There are many cannons; some of them are unfinished also. This foundry was strategically built that it sucked the air from mountains and to help reach the high temperature which would melt the metal for cannons. 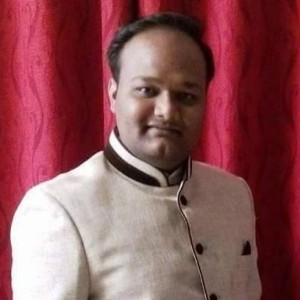 Leh Ladakh Tour – A Complete guide for a gathering trip

Kerala – Best Tourist Places to Visit in Winter on Your Budget